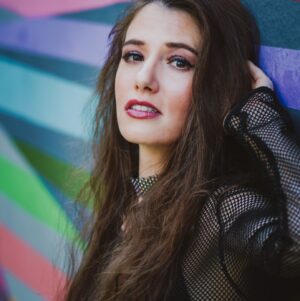 Kendal Conrad is a singer, songwriter, and social media influencer. Her single Leader of the Pack garnered over 26 million views on Tiktok and over 1 million plays on Soundcloud. She sang a duet onstage with Keith Urban at Musikfest in Bethlehem, PA. She also opened for 34 of country’s hottest artists, including Blake Shelton at the Dick’s Sporting Goods Open to a crowd of 18,000 and Alabama at the Santander Arena. Most recently she opened for Dennis Quaid at the Sellersville Theater and Jimmie Allen at Musikfest. She has performed the National Anthem for the New York Mets, Philadelphia Phillies, NASCAR, etc. Most recently she performed the National Anthem at the Capital One Arena for the Washington Wizards. As an influencer, she has worked with brands such as Sephora, Mattel, Dunkin’, Hilton Hotels, Universal Music Group, 21Seeds Tequila, etc. Visit Kendal’s food blog on Instagram @kendalsbites to check out the best eats in the area. Her food content has been featured in local magazines.