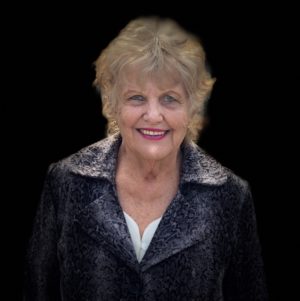 Mary’s career started from her Secretarial training of Speed Typing and Gregg Shorthand in her Junior and Senior years in High School.  After school and on Saturdays, she had a job in a Real Estate agency. After graduation, Mary was employed Full Time in a prominent  Real Estate and Insurance Office answering the phones, handling mail and typing contracts etc.  When they opened up a second office in a neighboring town, she was put in charge. Mary continued working with them after marriage at age 21 and during the birth of two children. She left her job when she became a Full Time Mom of four children.

When the youngest of the four children started school, Mary returned to secretarial positions for the love of work and money. In Mary’s latter years, she had a desire to join the Dental world. She was hired in a 2 Doctor, 2 Hygienist Periodontal office covering all front desk duties: ie; answering the phone, making appointments, greeting the patients, collecting fees and filing insurance claims.  Mary was even trained to assist the Doctors during Surgical procedures when needed.  At age 65, she decided to find a job closer to home.

Mary was hired in a General Dental Office doing all the duties associated with the front desk.

After a year her husband became ill and she was given time off to care for him.  It was determined he had ALS, from which you cannot recover and she cared for him at home along with Hospice until he passed. Her doctor was kind enough to keep her job open and she elected to return in a part-time position.  Sixteen years later, Mary is still employed at 81 yrs. old by a terrific doctor with wonderful co-workers that treat her as if she were their age.

Dr. Lachenmayr has promised Mary she has a forever job until she forgets how to find her way to work and, she, in turn said at that time she would then call him to take her to the office!