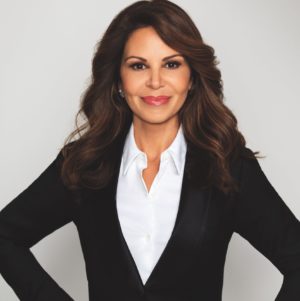 Nely Galán is a self-made media mogul. Dubbed the Tropical Tycoon by the New York Times Magazine, she was the first Latina President of Entertainment for a U.S. television network (Telemundo). She is an Emmy Award-winning producer of over 700 episodes of television in English and Spanish, which she produced through her multi-media company Galan Entertainment. Galán is the founder of The Adelante Movement, which seeks to empower Latina and multicultural women economically and entrepreneurially under Coca Cola’s 5by20 Global Initiative to train 5 million women by the year 2020. She is the author of The NY Times bestselling book SELF MADE: Becoming Empowered, Self-Reliant, and Rich in Every Way about the revolution in women’s entrepreneurship led by multicultural women in the US and emerging women around the world. Her book has been published in English, Spanish and Mandarin Chinese. Her next book DON’T BUY SHOES, BUY BUILDINGS! is about investing and thinking like an owner while you work for others. Galán holds a masters and doctorate in Clinical Psychology.